Without further ado, I give you my current “10 Best Android Phones” that you can purchase right now. 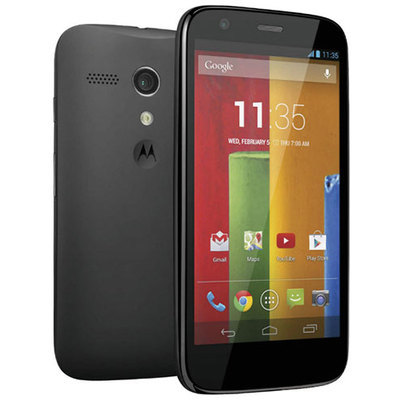 This recently announced – and affordable – smartphone represents the best bang for the buck on any Android phone. The Moto G is packed with a 4.5-inch display, quad-core processor, 5MP camera and 8GB of storage all for under $200 (with no contract). The fact that this is a Google Play Edition device only sweetens the deal, as you get Google’s latest updates and operating system with KitKat 4.4. $179 @Google Play 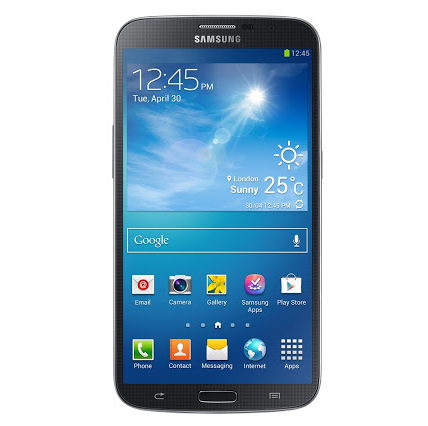 Samsung has pushed the limits of the Phablet category with this gigantic 6.3-inch smartphone. The Mega features a 1.7GHz dual core chip and a decent 8MP camera. Picture this device as cross between a Galaxy Note 2 and Galaxy Tab 7 tablet that also happens to make calls. If your hands can handle this type of device, the Mega 6.3 will bring all your movies and gaming to life. $150 (2-year), $479 (no contract) @AT&T 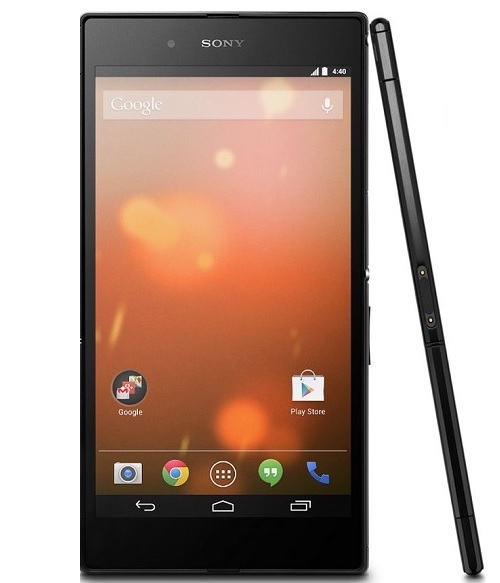 Sony proves it can compete in the phablet game with the 6.4-inch Xperia Z Ultra. This first ever Google Play Edition Xperia device from Sony incorporates many features from last years Xperia Z smartphone. Besides the massive screen, the Z Ultra packs a waterproof and dust resistant design while only measuring in at 6.5mm thin. A Snapdragon 800 quad-core chip, 2GB of RAM and KitKat 4.4, make this one of the fastest phablets around. $649 @Google Play 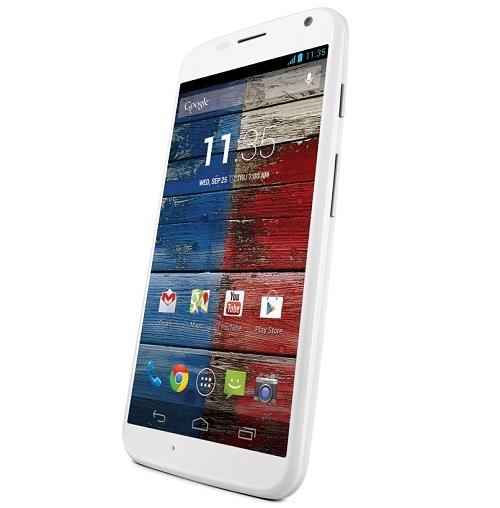 The often overlooked Moto X made a big splash in 2013 as the first ever fully-customizable Android device. You can choose the color, the trim and even the boot-up message. But the real winner on the Moto X is actually under the hood. The Qualcomm Snapdragon S4 Pro dual-core chip, clocked at 1.7GHz, with 2GB of RAM and Android 4.4 provides a fast interface and smooth experience. The 10MP camera shoots more than decent photographs, while the new “Touchless Controls” rival that of Siri found on the iPhone. Although the Moto X is not the most powerful device out of this bunch, it provides one of the best experiences around on an Android device. $49 (2-year) $350 (no contract) @MotoMaker 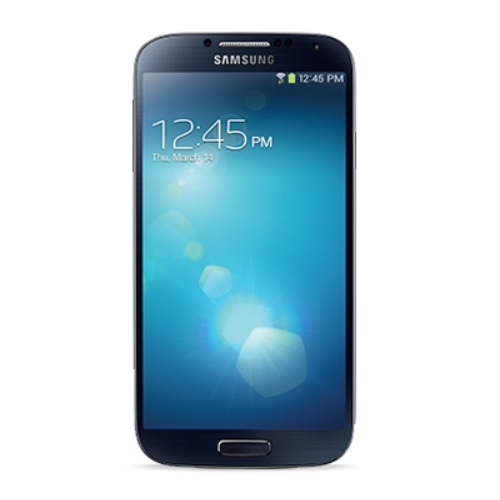 The once king of Android devices has been recently overshadowed thanks to more premium looking handsets entering the market. Don’t get me wrong, the S4 is one of the best Android phones currently out there, but since it launched last Spring many new devicse have stolen its crown. This all-plastic device features a blazing fast, 1.9GHz quad core chip with 2GB of RAM. Samsung’s classic SuperAMOLED 1080p screen still proves Samsung is king in screens. The S4 also features a solid 13MP camera and a plethora of tricks such as Air View, Air gestures and Smart Scroll. Finally the S4 features a secondary simplified UI that is ideal for new both new Android users and those coming from an iPhone.  $0-$750, depending on carrier and contract options. @Samsung USA

5. HTC One – Best For: The fashionista at heart 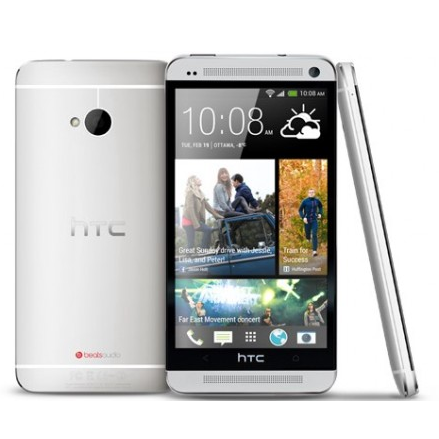 Elegance meets style in the HTC One. The struggling Taiwanese manufacturer really put the term “premium Android phone” on the map when it released the HTC One last year. This all-metal device is the best looking smartphone you can buy, and it also provides some decent power along the way. The 1.7GHz Snapdragon 600 processor with 2GB of RAM makes it just as fast as the GS4 from Samsung, but the metal look and feel set it apart from its Korean counterpart. The 4MP Ultrapixel camera is not on par with today’s 13MP snappers, but it performs well in low-light conditions. If you want a smartphone that stands out from the 5-inch plastic slabs currently on the market, the HTC One is the “One” for you. $0-$600, depending on carrier and contract options. @HTC USA 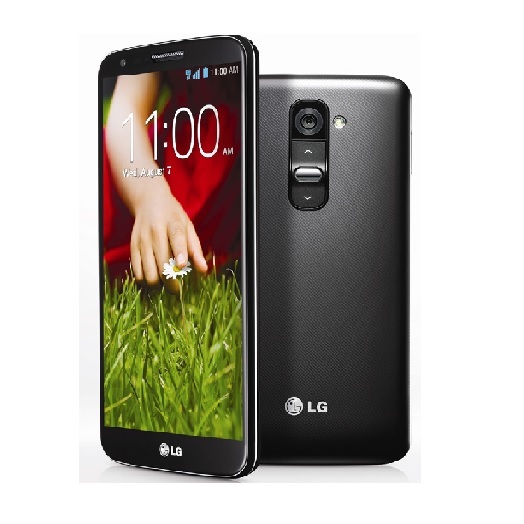 The G2 places the popular power and volume buttons, which are usually located on the side or top of Android phones, right on the back of the device for faster navigating. The G2 rocks a bright 5.2-inch 1080p IPS screen, which runs bezel-to bezel. This gives it a smaller overall footprint than the S4 while utilizing a bigger display. With a bigger and brighter screen, a faster processor, the G2 trumps both the HTC One and Galaxy S4 when it comes to screen and overall performance. The rear button does make selfies an absolute breeze, but my advice would be to try this out before you buy, as the rear button layout is not for everyone. $0-$700, depending on carrier and contract options. @LG USA 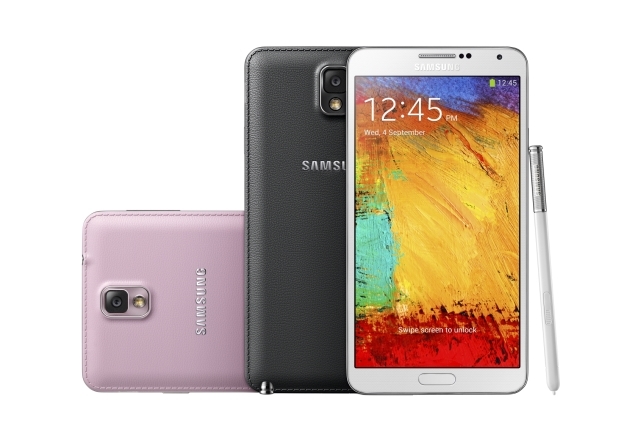 The Note 3 from Samsung represents the very best when it comes the phablet market. This premium smartphone packs a bold 5.7-inch Super AMOLED display, Snapdragon 800 1.9GHz quad-core chip and 3GB of RAM. Samsung adds a spiffy executive-looking faux leather backing to the Note 3, which gives it a touch of class.  Think of the Note 3 as a bigger, faster and more premium looking Galaxy S4. If you can live with its size, the Note 3 is the best Samsung has to offer today. $0-$725, depending on carrier and contract options. @Samsung USA 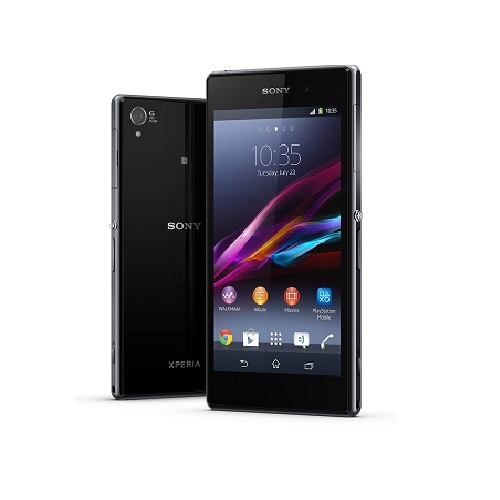 Sony and T-Mobile have teamed up for yet another hit with the Xperia Z1S smartphone. This follow up to last years Xperia Z, brings more power and even better waterproofing capabilities this time around. The Xperia Z1S delivers with an ultra-fast Snapdragon 800 quad-core processor, 3,000mAh battery and 2GB or RAM. The best part of the Z1S is the outstanding 20MP camera which works both above and below water. Sony has added a dedicated camera key to make underwater snaps a breeze. The solid glass finish, 20MP  camera and waterproof design make the Xperia Z1S the winning choice for thrill seekers everywhere. $0 ($22 x 24/mo.) or $528 @T-Mobile 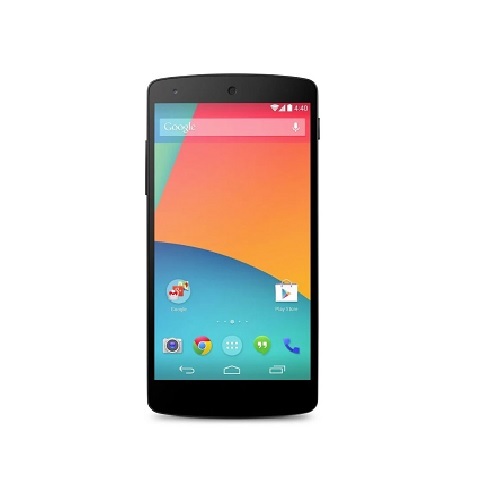 Speed, performance, style, and affordability come together to produce the best Android phone on the market. The latest Nexus device from LG brings all of today’s top specs together, while only costing $350 with no contract to sign. The Nexus 5 delivers with a Snapdragon 800 chip, 2GB or RAM, 5-inch full HD display, KitKat 4.4 and a recently updated and improved 8MP camera. The Nexus moniker ensures you will always have the latest and greatest from Google, as Nexus devices are the first to get Android updates. Combine all this power with a superb build quality and design from LG, the Nexus 5 is one hard device to pass up. Available in both black or white, with 16GB/32GB memory options. $349/$399 @Google Play