Welcome back to yet another version of my weekly Apple rumors roundup. This week’s report is jam packed with all the latest news and rumors surrounding the world of Apple.

Read below for all the details and my breakdown of what’s likely fact and fiction.

Rumor: The latest iPad rumors from Bloomberg say the new iPad will arrive at the September 10th event alongside the 2 expected iPhone’s (5S & 5C).

Fiction: I think the new iPad launching on September 10th is just a rumor, plain and simple. Apple insider, Jim Dalrymple, who has a perfect track record on Apple predictions, simply stated “Nope, No iPads” on his tech blog, The Loop Insight, effectively shutting down the September 10th iPad launch.

Rumor: A recent leak from T-MoNews claims (yes, they have their own rumor site) T-Mobile is planning vacation blackout dates for employees between September 20th and 22nd. These dates line-up well with my previous predictions of a September 20th launch date.

Fact: All the evidence currently points to a September 10th iPhone event, so the T-Mobile blackout makes sense. Carrier vacation blackouts are usually a strong indication the iPhone will be available for purchase that day.

Rumor: Clayton Morris, a reporter from FOX, said in a tweet the iPhone 5S will be 31% faster than the current iPhone 5 model with a new A7 processor.

Fact: We typically see these kinds of upgrades in “S” type releases while the body will stay the same. I honestly think we could see even more than just a 31% increase in speed. Let’s all try to remember that “S” stands for speed!

Rumor: Analyst Wang Wanli of CIMB Securities, Ltd. revealed in a recent interview with Chinese publication The Commercial Times that Apple is set to launch an iWatch in the second half of 2014. He also claims an expected price point of $199. Wang also has sales projection on the unit claiming Apple should sell about 64 million units within the first year.

Fiction: Do I think Apple will release an iWatch? Yes, but I am not sure when. Tim Cook did say we would see new products in 2014, and that it will be a big year for Apple. I think we should see an iWatch as well as an Apple TV. To put a time frame and price on it this early points to more rumor than fact. 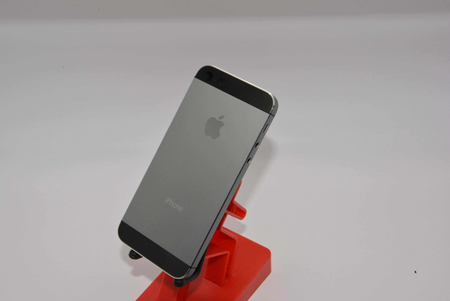 Fiction: Do I think that this image is accurate? Yes, considering it came from such a reliable source like Dickson. However I am just not feeling a fourth color to the mix. I actually think that this could be the new black color for the iPhone 5S. The current iPhone 5S has so many peeling and chipping problems on the housing due to the color. A new lighter version in a different finish could be the answer. I think this is the new black guys, and not an outright graphite option. 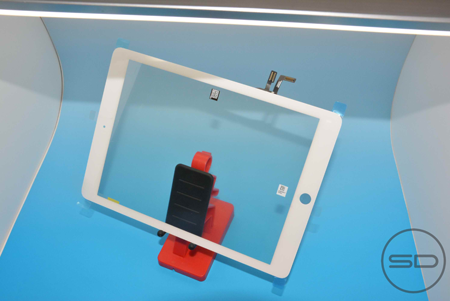 Rumor: In a recent iPad 5 front panel leak, the new iPad is expected be a lot thinner and sexier. As for the iPad Mini 2, analysts are still unsure if the smaller tablet will have a retina display. The latest rumors from the WSJ point to a retina packed iPad mini coming this fall.

Fact: With all the recent evidence claiming the new iPad will borrow style points from the current iPad Mini, I am calling fact on this rumor. The simple fact that it came from Dickson is also more than good enough for me. His accuracy with Apple image leaks has been very spot on over the past few years. I expect a new thinner iPad 5 and iPad Mini 2 this October.

iPhone Dates: Now we have the launch dates confirmed thanks to all the recent news from the T-Mobile vacation block. Check out my time line below.

iPad Dates & Price: Thanks to Jim over at The Loop, I think iPad’s are still on track for an October early to mid month launch event. When it comes to price, we should see the new models replacing the current lineup with no pricing modifications.