Back before the iPhone, the Galaxy, even back before that Kyocera I got when I was 15 so I could call my mom to pick me up from basketball practice, there was The Brick. To kick off our new Technology Throwback Thursday series, it seems fitting to start with one of the original cool pieces of technology: the massive cell phone.

While not the original cell phone, it may as well have been, as the brick-style cell phone popularized the idea and made its users seem cooler and more important than those technology Luddites stuck with cords. Think of Zack Morris and Gordon Gekko–they were ahead of their time! Though both were notorious rule breakers, isn’t that what the brick phone was? It broke the rule that you needed to be at home to be reached directly. Without that phone, Zack couldn’t have won radio call-in contests while in class, nor pretend to be his dad to make up excuses to set him free. Gekko wouldn’t have been the wheeling-and-dealing character he was if he had been tethered to his desk at all times, unable to move for fear of missing out on the next scheme. Their brick phones set them apart from their peers, giving them a magic skill that few others possessed. 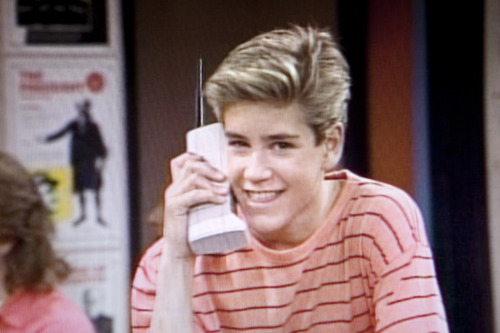 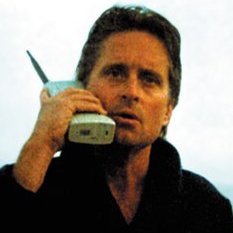 Zack and Gordon Broke Rules and Cords (Courtesy of and zackmorriscellphone.com www.peakoilblues.org)

The phone pictured at the top of this article is the DynaTac 800x by Motorola, which was manufactured back in 1983 and sold for $3,995. According to the all-knowing Wikipedia, “It offered 30 minutes of talk time and 8 hours of standby, and a LED display for dialing or recall of one of 30 phone numbers.” All of that power in something that weighed only 2.3 lbs. (by comparison, the iPhone 5S is a little less than 4 ounces!).

Liam Neeson may look badass taking down the bad guys while on his tiny, sleek Galaxy or iPhone, but that’s technology anyone can have–it isn’t that special anymore. Back when Zack and Gordon were rocking The Brick though, they took cool to a new level. They broke the rules when they cut their cord, making the DynaTac 800x the ultimate technology for Throwback Thursday.