Evolution of the Emoji

They infest our inboxes. They sit on store shelves as pillows and clothes. They’re even capable of ordering food straight to your door. They are EVERYWHERE. 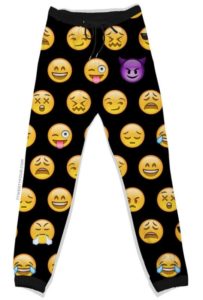 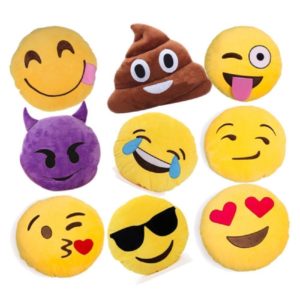 It’s nearly impossible to pick up a phone or get through the day without running into emoji. Where did these familiar little cartoons come from anyway?

In honor of World Emoji Day (July 17th), here’s a little information about a language we can all understand.

It all began in Japan with Shigetaka Kurita, the acclaimed “Father of Emoji”. Kurita drew inspiration from working at DoCoMo when a new version of a pager was released. The new pager was intended more for business use than casual conversation, including the decision to drop the heart symbol that many teens used regularly. After seeing how crucial symbols were to texting, Kurita got to work on developing the first set of 176 black and white emoji. 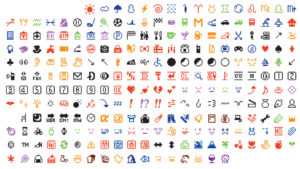 The name itself stems from the Japanese word for pictograph, with the Japanese “e” (picture) and “moji” (character). Colored emoji began to surface around 1999 with the yellow faces that are still largely used to this day. This also marks the expansion into other countries, popping up on social channels and lifting off in mobile markets with the introduction of the iPhone.

So, why July 17th for World Emoji Day? Apple announced the iCal calendar app on this date back in 2002, leading several fans to label this day as “International Emoji Calendar Day”. This happens to be the only marked date illustrated in Apple emoji. 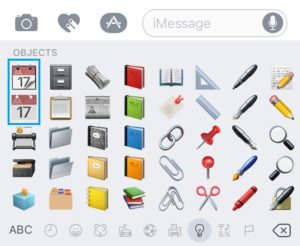 It’s clear that these little symbols have had quite the impact on the way we communicate. With a growing 2,666 documented emojis and more to come soon, there’s no telling if the emoji train will ever slow down.

If you’re looking for a new phone to get your emoji fix on, check out our online store that’s overflowing with gently used iPhone, Galaxy and more.